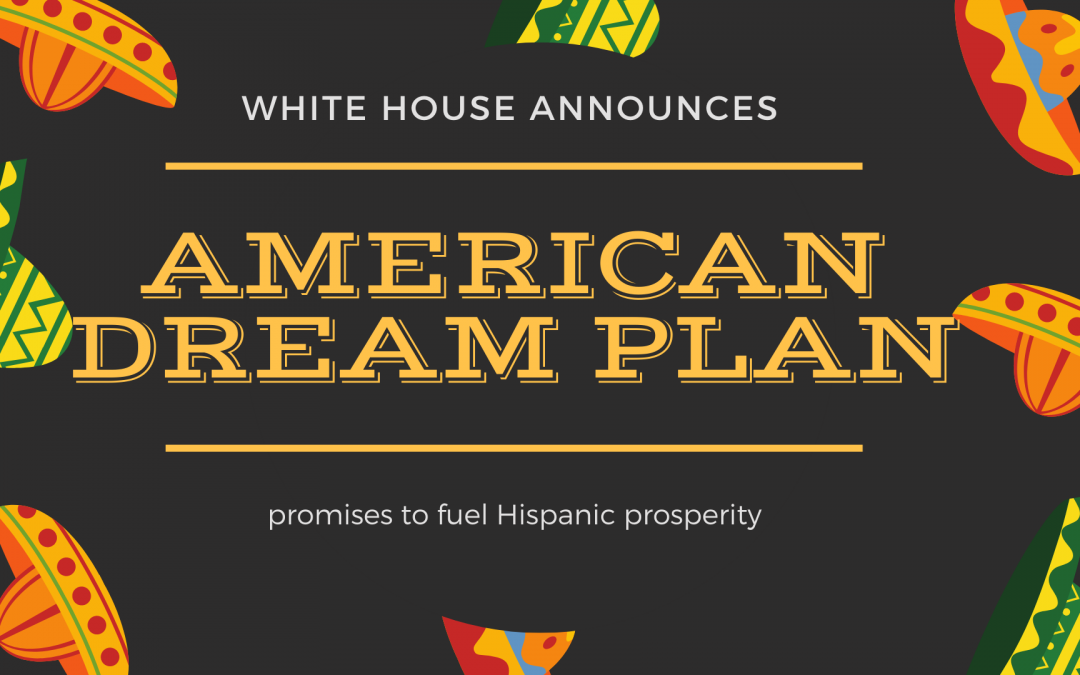 On November 2, 2020, President Donald Trump along with his administration announced the “American Dream Plan” which focuses on pathways of prosperity for the Hispanic community.

In a tweet released by the president in both English and Spanish, he said,

My #AmericanDreamPlan is a promise to Hispanic Americans to fuel a thriving economy, provide education opportunity for all, preserve freedom, and support faith, family, and community!

According to an official press release, the plan includes empowering over 1 million Hispanic families with K – 12 scholarships.

It is well-known that the current administration has pursued pathways toward expanding “education freedom,” or “school choice,” for communities of color and faith communities.

The American Dream Plan is based on four core principles: Fueling a thriving economy; promoting education opportunity for all; preserving freedom; and supporting faith, family, and community.

According to an interview with Jennifer Korn, Deputy Director for the Office of Public Liaison for the White House, the plan will pursue policies to add 500,000 Hispanic-owned businesses to the economy and seeks to resolve DACA with a permanent solution. Korn also mentions how since the onset of the current administration, the president has met with Hispanic pastors regularly to talk about religious liberty, an important issue for the Hispanic evangelical community.

The following is a statement from Rev. Girien R. Salazar, Executive Director of the NHCLC and FE Coalition, the education initiative of the NHCLC:

The National Hispanic Christian Leadership Conference has experienced first hand the efforts of the current executive administration to, first, listen deeply to the Hispanic community, many of whom are committed Christian evangelicals, second, to better understand our concerns, and thirdly, to pursue pronounced initiatives and policies aimed at addressing or resolving those concerns. The current administration understands that if want to advance Hispanic student achievement, a one-size-fits-all model of education will never work. Call it “freedom,” call it “choice,” the truth of the matter is that we need better standards and more options for our community. If its God’s will, my prayer is that the “American Dream Plan” will come to full fruition over the course of the next few years.