How smart is Texas? and every other state in America

How smart is Texas? and every other state in America

This week an online financial advisor platform, WalletHub, lent their voice to the discussion of educational outcomes in America and created a list of the “2020 Most & Least Educated States in America.”

As a proud Tejano I immediately scrolled down to see where Texas measured on the list . . . I was not surprised, but I was frustrated with how far down I had to scroll–#39. Where does your state land on the list?

The study examined what they determined were key factors of a well-educated population, to include educational attainment, school quality and achievement gaps between genders and races, and studied adults aged 25 years and older with at least a high school diploma.

I would not be surprised if next week another group came out with a study that moved some states up and down on their lists, but I am confident that we would still find similar observations when comparing the lists.

In all fairness, a state’s worth, let alone a school system’s worth, is not determined by where they land on this list. However, one thing that WalletHub noted that I know was partially true for me was, “For a growing number of Americans, a good education is the ticket to a better future.”

No, I’m not saying that my future and potential professional opportunities are determined solely by the quality of education I receive. As a Christian, my worth, identity and future are in Christ. Nonetheless, my decision to pursue a college degree and graduate studies have been a way for me to show God that I want to be adequately prepared for him to send me to speak into various forums and contexts, some which are less accessible when one solely receives a high school diploma.

But this is my main point, and which took me years to comprehend, that one’s aptitude and readiness for college (and potential to graduate college) will largely be determined by the quality and rigor of education that he or she receives in their k-12 school setting.

If we understand this concept, as parents and pastors of k-12 students, we will learn to move beyond questions such as, “What grade did you get in your class?” to “In which areas of reading are your proficient?” or “In what areas of math are you less proficient?” There is even the possibility of learning to question standardized tests, not in way that’s vehemently critical but graciously inquisitive, with questions such as, “How will this test demonstrate my child’s mastery of this subject?” or “What will the results tell me about my child’s readiness for college?”

I hope you will take some time to see “how smart your state is,” in this way you can tease your friends from Texas; but more importantly, I pray that as leaders in our homes and in our communities we may begin to consider and ask the more informed questions, such as “what quality of education is my child receiving at his school?” 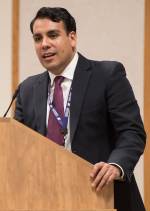