DeVos, Trump focus on protecting prayer in public schools and the right to religious freedom

DeVos, Trump focus on protecting prayer in public schools and the right to religious freedom

On January 16, 2020 the U.S. president’s administration took action to further safeguard students’ constitutionally protected right to pray in public elementary and secondary schools. The Department of Education (ED) is required by the Elementary and Secondary Education Act of 1965 (ESEA), as amended by the Every Student Succeeds Act, to update this guidance every two years.  President Trump is updating Federal guidance regarding protected prayer and religious expression in public schools, which has not been issued since 2003.

According to a press release by ED, the ESEA also requires states to report complaints against a local educational agency that allegedly denies a person, including a student or employee, the right to engage in constitutionally protected prayer. The guidance clarifies that the ESEA requires states to provide a clear process for students, parents, and teachers to report violations of their right to pray. Under the ESEA, states must fulfill these reporting requirements by November 1 of each year.

Additionally, to receive Federal funds, local educational agencies must confirm that their policies do not prevent or interfere with students’ constitutionally-protected rights outlined in the guidance. The new guidance makes clear that students can read religious texts or pray during recess and other non-instructional periods, organize prayer groups, and express their religious beliefs in their assignments.

In an article by the Christian Post, Rev. Samuel Rodriguez, was quoted:

“This is a decision that should be celebrated by Democrats and by Republicans, by the religious and the irreligious, by all Americans from sea to shining sea who recognize the brilliance of the American idea wasn’t in a fear of religion but in the vibrancy of faith . . . Faith to believe that God exists or that he doesn’t, faith to pray before we legislate or anchor our pledge and our currency in subservience to a higher power. Faith to sing the song of freedom as the arc of history bends toward justice. Our children need not fear faith, especially in our sacred institutions of learning.”

This recent activity appears largely in line with the President’s continued focus on championing religious freedom in America. If we recall, during his first year in office, President Trump signed an Executive Order upholding religious liberty and the right to engage in religious speech and signed an Executive Order recognizing the essential contributions of faith-based organizations and establishing the Faith and Opportunity Initiative. Additionally, President Trump had also reversed a policy from the previous administration that prevented the government from providing disaster relief to religious organizations.

In a press conference held on January 16th, DeVos remarked:

“As long as there are final exams in schools, there will always be prayer in schools.”

Everyone in attendance smiled and laughed.

She is right. Growing up in a home where faith was at the forefront, I recall the countless moments as a student, just after the state assessment was placed before me on my desk, that I would bow my head, close my eyes and ask the Lord on high to help me on my test. I did the same before meals or when worried about turning in an assignment.

As students and people of faith, our prayer is as much a part of our lives as breathing. It is our direct line of communication with our Father in Heaven and the Lord Jesus Christ who intercedes with and for us. And our children should be allowed and encouraged to live their lives fully in every corner of our Nation, including the classroom.

We pray to the Lord that he will continue to provide guidance and wisdom to our Nation’s leaders as those who are commissioned to administer justice on behalf of all Americans. And I pray that as they turn their focus to providing liberty and justice to our students in schools as it relates to spiritual vibrancy, that they would also continue a focus of providing our students with the high academic rigor and standards that promote educational prosperity. 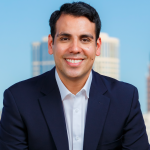