This week I came across two articles/posts that dealt with the impact geographical divides have on students in the public education system.

The first post was uplifting and encouraging. It contained a video by Education Week titled “Just Like Them’: Urban and Rural Students Make Friends on the Alaska Frontier” which depicted a group of high school students from Anchorage (the urban) who spent spring break at a remote Native Village (the rural) as part of an unusual cultural exchange program in Alaska. Throughout the video you hear one group of students share about the greater understanding they acquire by simply being exposed to their “roots” or other people’s “roots,” and you hear another group of students mention having to acclimate to a different pace of life.

The second post on the other hand was discouraging. The 74’s article reminded me again of the harsh reality that in the American public education school system, geographical divides in the U.S. are often an indicator of a disparity in school funding. The 74 reported a study’s findings that along numerous (nearly 1,000) school district borders in the U.S. there existed racial gaps of at least 25 percent and funding disparities of more than 10 percent. In other words, a huge amount of schools districts which serve communities of color, those which have been historically marginalized, continue to receive about $4,200 less per student than the wealthier districts that border them. One might say of the high school students of these districts, that with regard to their teenager and student status they were the same, but the capital was different.

Though one might never say with complete confidence that teenagers all around the world are the same (though parents might) and that geography does not really makes students different, we can very confidently say that geography makes a big difference in the amount of funding students have access to in public education.

As Christian leaders this should concern us. Why should a student who lives on North Street have access to a more rigorous and quality education than the student who lives on South Street? The FE Coalition believes they should not. We believe that every student, regardless of their zip code, family’s SES, or ethnicity, should have access to high quality public education. Whether they live in an urban, rural, or suburban setting, each student should have the opportunity to receive an education that prepares him or her for college or a career after high school. We must hold our state and school leaders to this standard and let them know that we do not want students to have to cross great or small geographical divides in order to receive a high quality education, but that we want to leave long road trips reserved for creating memorable cultural experiences.

What do you think? 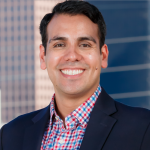