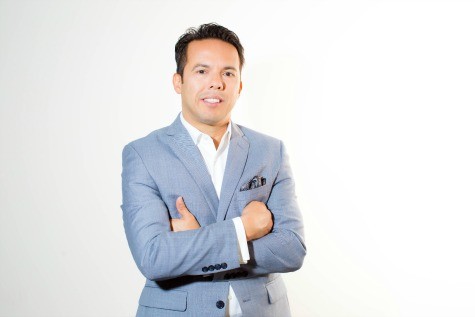 On the eve of the 2016 Republican National Committee convention, as the eyes of the nation turn to Cleveland, I want to formally offer you a small but very important piece of unsolicited counsel on behalf of the 40,000-church network that comprises the National Hispanic Christian Leadership Council (NHCLC), the nation’s largest Hispanic evangelical organization.

Tens of thousands of Latino evangelicals next week will be paying close attention to the rhetoric coming from the convention. They are looking for signs that the Republican Party shares their views not only on non-negotiable issues like religious liberty and the sanctity of life, but also on intensely personal public policies relating to immigration and education.

They will be listening for substance, and they will be paying attention to tone. It’s important that what they hear and see are welcoming signs of inclusion rather than signals of division and exclusion. NHCLC members are born-again Christians. They cherish freedom. They believe life must be protected at every stage. They value the institution of marriage and they depend on family for support rather than the government. They take risks and create small businesses. Many of them served their country in the military.

On the issue of education, we are very concerned about language in the Party platform that encourages states to abandon college- and career-ready academic standards. We’re deeply troubled by the notion that Republicans believe states should be congratulated for repealing higher standards. Many poor students, including children of immigrants, have long been held to lower academic standards than middle- and upper-class students. Few if any education reforms in my lifetime have done more to produce parity among school districts and educational equity across zip codes than the voluntary adoption of high-quality, comparable standards.

We’re equally concerned with divisive and offensive language pertaining to immigration. The vast majority of undocumented immigrants work hard, believe in God, love their families, and they seek nothing less than providing a future for their children. Some of the more incendiary rhetoric we heard during the primary season may have played well among certain subsets of the electorate, but it will alienate many more voters in a general election.

I want to encourage you to continue to stand strong and repudiate language – whether it appears verbally, in signage or in platform language – that disparages hard-working, non-government dependent undocumented individuals. It’s the right thing to do morally and politically. I believe with all my heart that all lives are equal in the eyes of God.

On behalf of the socially conservative Hispanic evangelicals represented by NHCLC, I want to thank you for the principled leadership you have shown in the nine months since assuming the Speakership of the U.S. House of Representatives, and the thoughtful and deliberate leadership you have displayed as the de facto leader of the Republican Party.