Opinion: Don’t give up on seed of change in our classrooms 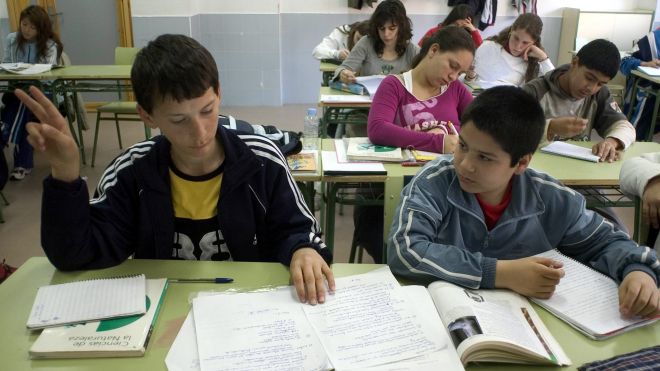 In states across the country a dramatic transformation is happening in our classrooms. After years of setting expectations low for students, schools have begun to implement rigorous, consistent learning goals through the implementation of high and equal academic standards comparable across states. For the first time in decades, all students – regardless of race, gender or religion – are being held to levels that fully prepare them with the skills they need to achieve their full potential in life.

I urge the Hispanic community to be patient and perseverant and to resist temptations to return to old models of education. The changes happening in our schools are not easy, but with time and commitment they will help students of every color live out the calling God has for them.

Still, some critics would like to turn back. Educational outcomes for minority students, they say, have not miraculously improved, therefore these changes must not be working. “Three years into testing, the results aren’t heartening for the Latino community,” a recent Fox News Latino article proclaimed. “In other words, nothing has changed much.”

That’s not only untrue, the suggestion therein – that we should turn back on these efforts just as they begin to take root – would do an immense disservice to the Hispanic community. Improving student achievement will take time. It will require we look honestly at where our students are now. It will require that we measure progress over years to identify what’s working and to correct what’s not.

Last year, most states passed an important milestone by administering student assessments aligned to Common Core State Standards. The results were sobering. Because more was asked of students, fewer scored at or above proficient. That doesn’t mean students somehow regressed; it means for the first time families were given an honest account of their children’s abilities measured to levels that ensure they will become college- and career-ready.

That’s a big departure from the old way of doing things, in which a patchwork of academic standards and uneven definitions of proficiency allowed some students to coast through the system. A report last year found more than half of all states reported proficiency rates 30 percentage points or higher than those identified by objective national tests. This “honesty gap” gave parents a misleading depiction of how well prepared their children were to move on to higher level material.

These discrepancies told countless parents their child was ready to move on to higher level material, when in fact they were not. In many cases, the problem did not become apparent until it was too late. Students were ushered in to classes they were not prepared for, only to struggle to keep up — or, worse, to drop out. For others, the issue did not manifest itself until they entered college or the workforce, only to find they were woefully unprepared.

This was especially true for minority students, who face higher drop-out rates than their white peers. Despite significant improvements over the past several decades to ensure access to a first-rate education, high-school graduation rates among Latinos still lag those of white students. Only 15 percent of Hispanics hold a bachelor’s degree or higher, well below all other student populations.

This year, most students will participate in high-quality assessments for the second year. The results from this second administration will provide valuable information for teachers and parents. They will identify what’s working so educators can build on it. The data will also show where students need help so that parents and teachers can meet them when and where they need it most. And as students acclimate to these new tests, scores are likely to increase.

As Executive Vice President of the National Hispanic Christian Leadership Conference, which is home to the Faith and Education Coalition, I am privileged to link arms with Evangelicals who care deeply about education. We believe all children are created in the image of God. We consider it a high calling to honor the life and potential of every child, to allow their gifts to flourish. Implementation of rigorous academic expectations and high-quality student assessments align with that responsibility, because they better ensure all children have the resources to achieve their potential.

Throughout God’s Word are examples of “days in the desert” — difficult periods that often precede major breakthroughs. I urge the Hispanic community to be patient and perseverant and to resist temptations to return to old models of education. The changes happening in our schools are not easy, but with time and commitment they will help students of every color live out the calling God has for them.