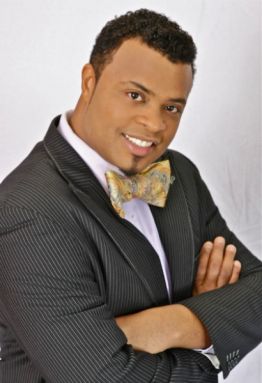 Across our country, states are setting high standards and high-quality assessments for students. For the first time this year schools will administer exams to measure progress toward higher academic standards.

That is wonderful! This better prepares young people for college and careers. A quality education enhances one’s life in general.

Annual assessments offer students the feedback they need to help their scholastic development. Sadly, the nation’s education system has cheated many of our children.

John F. Kennedy once said, “A child miseducated is a child lost.”

The system has been losing many of the children because it has not held them to high enough standards in the past years. Scores on new assessments are often below proficiency benchmarks. This means that the system has often misled families on the issue of student readiness.

An analysis earlier this year found that most states overstated proficiency levels when compared to the National Assessment of Educational Progress (NAEP), an objective national test. More than half of all states reported proficiency rates 30% or higher than the NAEP.

Thus, these new assessment tools are serving as an ethical barometer to unearth a moral problem in the system. Christians should value the exposure of poor education systems that hurt young minds and will certainly cripple their future.

Our Faith compels us to value honesty. Interestingly enough, the education report aptly called the discrepancies the “Honesty Gap.”

Thankfully, most states have begun to address the problem. They have adopted education standards that enable students to rise to a level of preparation for college or a good career. Better assessments are an important step. Families and educators are finally getting an honest evaluation of how well young people are learning. This breakthrough undoubtedly will help lower the so-called “school pipeline to prison” statistic that partly comes along with weak education preparation. It is all about helping more students to perform better to become more successful.

Sadly, some people do not seem to understand that the old way was dishonest and needed reform. Or, worse, they urge families to opt out of accountability systems altogether.

In New York, 20 percent of public-school students did not participate in state tests last spring, a fourfold increase over the previous year. And that’s not an isolated phenomenon. From New Jersey to Colorado to Washington State, a growing number of parents have removed their kids from annual assessments. At the end of the day, the children suffer.

Certainly parents are right to be concerned about the number of tests their children face and the pressures that accompany them. There’s no denying that there has been a trend towards over-testing in schools. Policymakers ought to take a hard look to determine which tests are useful in improving instruction; they must weed out exams that are duplicative or unnecessary.

But high-quality assessments, which reflect the kind of rigor students need, are too valuable for parents to forego — especially for the majority of African American, Hispanic, and disadvantaged children

In fact, state and local officials have led the transition to new assessments in order to address concerns that parents have about over-testing. Unlike old bubble tests, new exams aligned to college- and career-ready expectations require students to demonstrate their understanding of a given subject. In that way, they better reflect what’s taught in classrooms and alleviate pressures for teachers to “teach to the test.”

A recent study conducted by several State Teacher of the Year Award recipients found teachers strongly support tests aligned to Common Core Standards over those their states used before.

Throughout scripture, the Lord calls us to employ honest and just measures.

“The Lord demands accurate scales and balances; he sets the standards for fairness (NLT),” Proverbs 16:11 tells us. Deuteronomy 25:15 says, “Yes, always use honest weights and measures, so that you may enjoy a long life in the land the LORD your God is giving you” (NLT).

This charge holds true nowhere more than in our schools, the training grounds where young people cultivate the foundations of a full and fulfilled life.

As with any meaningful change, there will be temptations to renege on this important work. It will take courage for policymakers to “tell it like it is.” Strangely, some naysayers have been relentless in vilifying the implementation of rigorous education standards and high-quality assessments. Unable to find success through the proper policy channels, these small but vocal groups have turned to misleading tactics.

Still, it’s hard to imagine how a group like Thomas More, which prides itself on promoting Judeo-Christian moral values, can’t seem to understand an effort to offer parents, teachers and students more accessibility to quality education. When blinded by misinformation and self-interests, it is hard to recognize efforts to enhance common good.

Christianity is a Faith of concern for others as ourselves.

Mark 12:31 states that one of the greatest commandments of all is to “Love your neighbor as yourself” (NLT).

Practically speaking, love holds us accountable to building bridges for all young people to reach their full potential — not just the privileged few.

Ralph Ellison once said, “Education is all a matter of building bridges.”

Honest education assessments are one of the strongest ways to help our young people to reach their potential. Nationwide, parents have an opportunity to “opt-in,” to embrace the transition to high-quality tests and rigorous academic expectations. That kind of accountability aligns with a divine call for systemic integrity and communal accountability.